Legionella, the bacterium Legionella pneumophila was discovered in 1976. It caused an epidemic during the American Legion Convention. In this way it “demonstrated itself” to the world. A lot of time has passed since that event. But is our awareness of this bacterium enhanced?

1. Where does Legionella appear?

The aquatic environment is the main place where Legionella can be found. It appears in natural reservoirs but also in water installations. In the second case, it constitutes a danger to people. It develops and lives in a biofilm. It is more common in vast installation systems. So-called “dead points” in installations are very dangerous. When water in pipes does not flow, Legionella has perfect conditions for growth.

2. At what temperature does Legionella die?

Yes, in health centers. People in these facilities are often immunocompromised. Bacterial infections can be particularly dangerous for them. Legionella can cause a fever and pneumonia. Weakened immunity and a lack of a correct diagnosis can also lead to death. That is why a Polish law defines in various regulations the norms concerning Legionella. 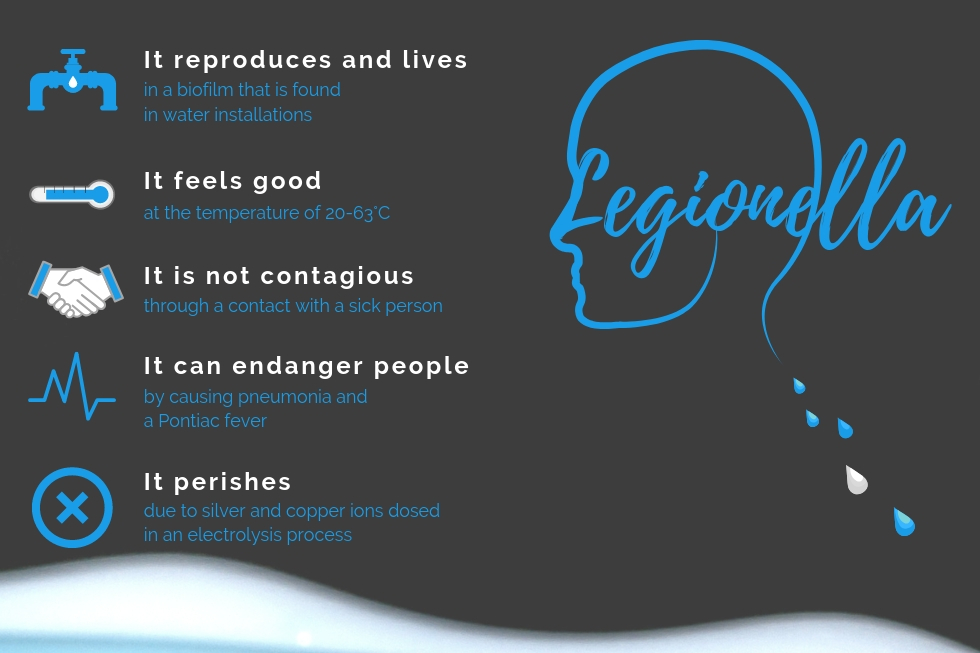 4. What does cause Legionella?

The bacterium can cause a fever called Pontiac. The symptoms resemble the flu. A patient is weakened and tired. A fever and chills appear. Headaches, muscle and joint pains as well as diarrhea may occur. The disease usually lasts from 2 to 5 days. It is not particularly dangerous.

Pneumonia is another disease caused by Legionella. It is often called a “Legionnaires’ disease”. It is much more dangerous than a fever. It usually lasts from 2 to 3 weeks. Weakness, a fever and pains appear. The patient may have difficulty in breathing. There is also a dry cough and hemoptysis. In some cases, disturbance of consciousness may happen. A death rate among hospital patients may amount to 40-80%.

No. It is not possible to get infected with the bacteria from other people. Infection is most often caused by inhaling a water spray. The bacteria get into the body in water droplets. This can happen while taking a warm shower. In a case of intragastric administration through a tube a person may become infected if contaminated water is aspirated. In hospitals Legionella is particularly dangerous at transplant wards. Catching infection during hospital treatment increases the death rate.

6. How to cure yourself?

Proper treatment is very important. A lack of an appropriate diagnosis may lead to complications. The more serious ones are for instance a renal failure or a lung abscess. The feeling of constant fatigue and difficulty in remembering are less dangerous. These symptoms may persist for several months. Legionella bacillus is resistant to some drugs. It is therefore important to choose the right antibiotics. Fluorinated quinolones are a group of antibiotics that fight the bacteria effectively.

7. How to remove the Legionella bacteria?

Different techniques can be used to fight Legionella. Many of them, however, do not lead to a permanent elimination of the bacteria. The installation can be overheated. However, it is difficult to rinse the system at all intake points. The temperature is too low even at the end of the system sections. In addition, an enormous amount of water is wasted. This generates further costs. Corrosion is another problem. High temperatures and potent agents such as chlorine destroy the pipes. With such measures, the installation will need to be replaced soon. In Poland, we have been using the Dutch method since 2018. It is based on electrolysis. Silver and copper ions are dosed into water. As a result, the bacterium is eliminated and the biofilm is removed. The Bifipro technology more and more often replaces the chlorine dioxide generators. It does not cause corrosion and its high effectiveness was confirmed by many researches.

The article is based on The occurrence and pathogenicity of bacteria belonging to the Legionellaceae family. Marta Palusińska-Szysz , Monika Cendrowska-Pinkosz The Conference of Medical Engineering 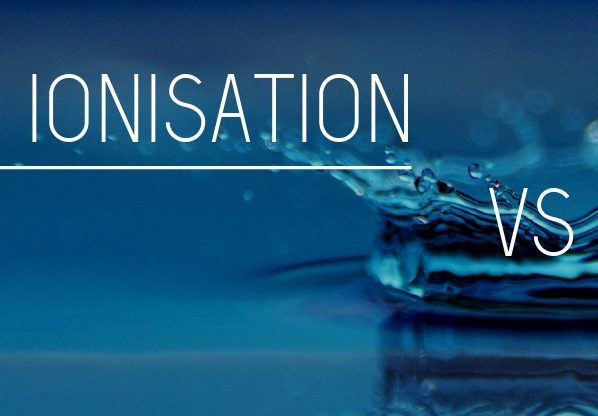 Methods to fight against Legionella – ionization or chlorination?

Soil tests – why should we conduct them? Fight against Legionella in Poland in 2018